Written by yspladmin on January 23, 2012. Posted in Uncategorized.

Filing for Divorce in St. Petersburg? Florida Divorce Attorneys, The Law Offices of Charles D. Scott, can help with the entire divorce process including divorce filings, mediation and trial. 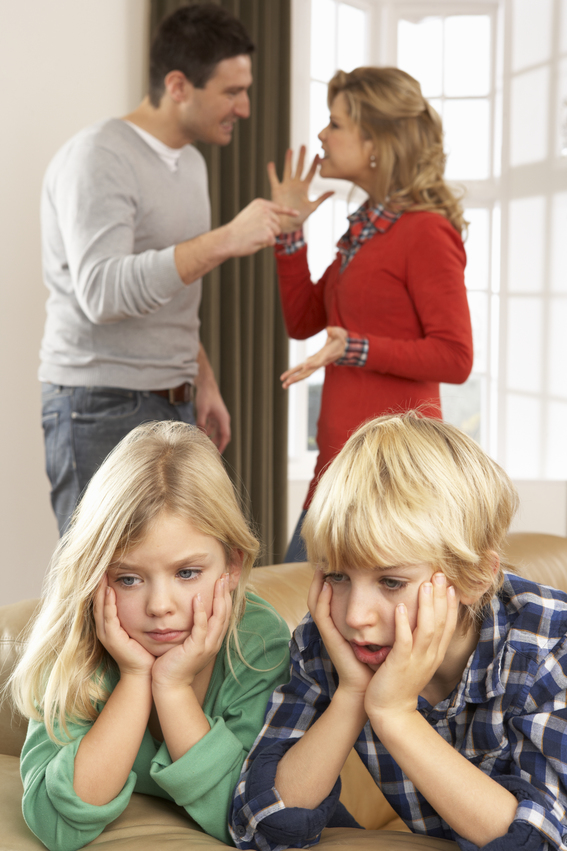 As an attorney for divorce cases, I have had the opportunity to meet with hundreds if not a thousand individuals to discuss their pending or impending divorce. Many if not most people do not understand the process of divorce in Florida, as evidenced by their desire and attempt to settle their case before it is even filed in the courts. In an ideal world, it would be a great time saver to settle the case before it is even filed, however since I began practicing in 1995, I have only had a couple cases where the parties settled their case before it was even filed. It may be useful therefore to understand the divorce process in Florida, which I will outline below. In Florida the law is no fault, which means that the cause of the break up is irrelevant to the courts. The courts do not consider marital fault or marital misconduct, meaning who’s fault is it that the marriage is ended. As such there is no requirement for “grounds” in Florida as may be required in other states. The only basis that is required to file for divorce is “that the marriage is irretrievably broken” and that at least one of the parties is a Florida resident.To meet the residency requirement you must have continuously resided in Florida for six months prior to filing and will be required to prove this in court by way of a Florida license issued six months prior to filing for divorce, or by way of a residency witness who can testify that you have lived her for six months prior to filing. If you are not a Florida resident for 6 months, you may not file for divorce in Florida.

When you “file” for divorce, a legal pleading called a “petition for dissolution of marriage” will be prepared, signed by you and your lawyer, and your lawyer will then file that with the Clerk of the Circuit Court. The Clerk actually creates a file folder and places the petition in the folder and assigns a case number. Hence “filing” for divorce actually involves placing the petition in a file at the court house. Many people mistakenly believe that they can complete a do-it-yourself form from the court and file their own petition for dissolution and that is all that is required. This is only the start, only the tip of the iceberg, and if filing is all you do, your case will go nowhere, and eventually be dismissed.

Once you have filed the other party (your spouse) must be physically served with the divorce petition by a process server and a return or proof of service will be filed with the court by the process server. This starts the time period of 20 days in which your spouse is required to file an answer.

If you happen to be the one that was served, you must file an answer to the petition with the court within 20 days. The answer is not a letter to the judge, or run on diatribe about your spouse, rather the answer is a specific legal pleading that addresses the allegations contained in the petition which initiates the divorce process and conforms to specific rules for pleadings, including a proper caption, case number, parties, and title of pleading.

If you are the spouse filing an answer after being served, it is advisable to file a “counter petition” in which you state your side of the case and what you want. The court cannot offer relief that you have not plead or asked for. So if you want the court to hear what you want, it will be necessary to file a counter petition.

Failure to answer the petition or counter petition could result in a “default” judgement by the court resulting in you losing the case and your spouse winning by “default”. The courts prefer not to resolve cases by default, and will upon motion set aside a default and allow you to file an answer within a reasonable time, often ten days after a hearing on a motion to set aside the default. Only if you do nothing, and fail to try and set aside the default will the court decide the case based upon the default or failure to answer. Do not take this as permission not to file an answer, you should not rely on any judge being willing to set aside a default. The results can be loss of rights, loss of property, and payment of money to your spouse and their lawyer, all of which may have been avoided had you answered the petition or counter petition. Once the petition, answer, counter petition, and answer to counter petition have taken place, which may be close to two months in duration, the next phase is called discovery. In the discovery phase, both sides must submit financial affidavits to the court and provide them to the opposing spouse or their lawyer. In addition, each side must provide the other side with what is known as “mandatory disclosure” , or documentation supporting or proving what was stated in the financial affidavit. Mandatory disclosure includes tax returns, bank statements, credit card statements, pay stubs, forms W2 and forms 1099, deeds, titles, insurance policies, and any other proof of income, assets, and debts. The discovery phase may take anywhere from 45 days up to a year or longer, depending upon how cooperative or uncooperative your spouse may be in disclosing the aforementioned documents. When a spouse refuses to provide mandatory disclosure, the opposing side may have to file a “motion to compel” and have a hearing in which the court decides if there is a good reason why the mandatory disclosure should or should not be produced. In most cases, the court will require that discovery be produced and will award attorney fees to the attorney that had to file the motion to compel. In my years of practice, I have witnessed many clients that did not wish to provide mandatory disclosure, against my advice. Ultimately they are court ordered to provide the disclosure and pay the opposing divorce attorney fees. My standard advice is to cooperate with mandatory disclosure unless you have really good reason not to do so. One good reason not to provide disclosure arises with closely held companies or those with trade secrets, where disclosure may harm other stock holders, and non parties, or divulge protected trade secrets. The courts have to decide these on a case by case basis and it may involve hiring accountants to review the information and testify in court, at a substantial cost.

In addition to mandatory disclosure there are several other discovery tools that are utilized by divorce lawyers, these include “request to produce”, “request for admissions”, “interrogatories”, and “depositions”. These additional discovery tools are used depending on the complexity of the case, and how much information is needed in order to make an informed decision about financial matters between the parties.

Once discovery is complete to the satisfaction of both sides and/or their lawyers, the next phase of divorce is an attempt at settlement. A lawyer cannot properly advise his client about a particular settlement proposal unless the lawyer has all the facts at hand by way of discovery. This is why you might recall that I began this discussion by saying that it is very unlikely that a case can be settled before it is even filed with the court, despite what may people try to do. It is foolish to advise your client, or for an individual representing themself to accept a settlement proposal without full knowledge of the other parties finances.

Another misconception many clients have is about taking their case to trial. Many clients tell their spouses “see you in court”. The courts will not allow you to set any hearing until you have attended a mediation. The process of mediation is mandatory. In short, after discovery both sides are going to have to appear at a mediation and make a good faith attempt to settle the case. If an agreement is reached, the mediator will type it up and all parties and their lawyers will sign the agreement, which is then filed in the court by the mediator. The mediator has no authority to force any type of settlement and in impasse or failure to reach agreement is a possible outcome. Failure to reach an agreement at mediation is likely to result in the parties having a trial before the judge at some point.

THE TWO TYPES OF DIVORCE CASES

There are two types of divorce cases, they are settled cases, and contested cases. If the case is settled, there must be evidence of that settlement in the court file in the form of a signed marital settlement agreement or mediation agreement. If you have a settlement agreement it is fairly easy to set an uncontested final hearing before the judge. Even though you have a settlement agreement, you must still attend a final hearing, prove your residency, testify that you signed the settlement agreement, and that your marriage is broken, and ask the court to grant the divorce. You or your lawyer must prepare a “final judgement of dissolution” and bring that to the final hearing for the judge to sign. Most people don’t realize that judges don’t prepare orders, the lawyer must prepare the order and bring it to court for the judge to sign. If your case is not settled, you must appear before the court for a cases management conference, or a pretrial conference, at which time the court will schedule a trial of your case. A trial may not be set for several months, and the judge not a jury will hear the case. The judge will require strict proof of all allegations and requests for relief and absent proof may not award anything. The proof will be in the form of all the documents and information that was exchanged during discovery but must now be admitted into evidence. In addition it may be necessary to utilize expert witnesses such as a CPA, vocational rehabilitation expert, custody evaluator, psychologist, or other expert depending on the complexity of the issues and questions presented.

It is always a better outcome and significantly less expensive to resolve the case at a mediation rather than at trial. I always tell my clients why let some judge that does not know you or anything about your family make such important decisions, when you and your spouse can make these decisions yourself at a mediation.

For more information, feel free to schedule a free consultation by calling 727-300-4878.

This notice applies to all content on this web site as well as the Florida Law Blog. The law firm of The Law Offices of Charles D. Scott, PLLC practices law in Florida only, and only accepts clients for legal matters within the State of Florida. This web site and the Florida Law Blog are owned and operated by S & F Media LLC. Visitors to this site should not rely on any information contained within this site when making legal decisions or handling legal matters. This site does not constitute legal advice. Always seek the advice of a lawyer before making any decision or taking any course of action on any legal matter. The hiring of a lawyer is an important decision that should not be based solely upon advertisements. Before you decide ask us to send you free written information on our qualifications and experience.

This website is owned and operated by S&F Media, LLC